To the Friends of Raymond C. Boshco

To the Friends of Raymond C. Boshco: 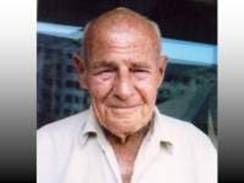 Raymond C. Boshco, longtime owner and operator of Boshco, Inc., a family owned new and used woodworking machinery distributorship, died peacefully on Wednesday, April 23rd, 2008 at his home in Peabody, Massachusetts. He was 89.

Ray was born in Brookline, MA and grew up in Medford. He graduated with a degree in economics from Amherst College in 1939. While at Amherst, he was on the varsity swim team and a member of Delta Upsilon fraternity. He also performed on his accordion locally to help pay for tuition expenses.

After college, Ray joined the US Navy and was based in Virginia on the USS Portsmouth for two years. He eventually moved back to Massachusetts and started working at Boshco, Inc., now located in Billerica, MA. Ray’s career with Boshco, Inc. lasted for over 50 years with many friendships established along the way. The company is now operated by his son Randy Boshco and his granddaughter Jenny Boshco. During his presidency, Boshco, Inc. was a founding member of the Woodworking Machinery Distributor’s Association and the United Woodworking Machinery Exchange, on which he served as president in 1977.

Ray enjoyed summers on Cape Ann, boating, fishing, and cruising down the Annisquam River. He was a gifted pianist and loved playing with friends in a Dixieland jazz band. Ray leaves three sons, Peter of Cambridge, Randall of Chelmsford, and Nicholas of Santa Barbara, CA; two daughters, Melissa of Brookline and Valley Via of Seattle, WA; and 10 grandchildren.